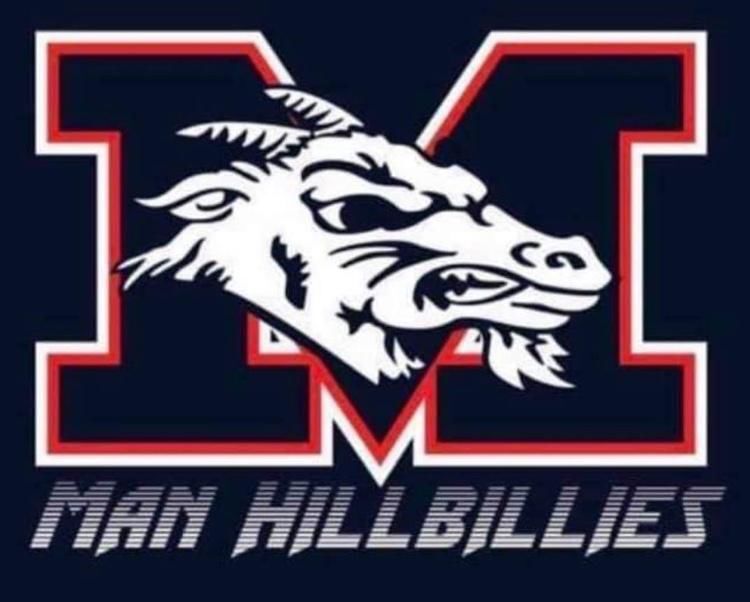 CHARLESTON — The Logan and Man high school baseball teams have both had great seasons so far.

They hope it will be even greater as both the Wildcats and Hillbillies have eyes on state championships.

Logan (27-6), seeded second and ranked No. 4 in the state in Class AA, is scheduled to open state tournament play on Friday around 1 p.m. at Charleston’s Appalachian Power Park against a familiar foe, third seeded Herbert Hoover (20-12) of the Cardinal Conference.

Man (21-8) received the third seed for the Class A state tourney and is set to take on No. 2 Charleston Catholic (24-9) on Friday around 8 p.m. in its state semifinal game.

Logan is making its first trip to the state tournament since 2009. The Wildcats last won a state crown in 2008.

Man, winners of the Class A state championship in 2014, are making its first trip to Charleston since 2016. Man made three straight trips to the the state, also taking a runner-up finish in 2015.

Logan coach Kevin Gertz said his team is ready for the challenge. Logan is 20-2 in its last 22 games, including weekend wins at home in tune-up games over state tourney bound Charleston Catholic (10-4) and Bridgeport (3-2).

“We’re very confident now and we’re playing very good ball,” Gertz said. “We are pitching well, defending well and hitting well. We’ve settled in on a lineup. One position changes day to day but the other eight have stayed the same for the last two or three weeks.”

Both semifinal winners are set to move on to Saturday’s state championship games with the Class AA final set for approximately 1 p.m. and the Single-A title game slated for a 4 p.m. start.

This is the first state baseball tournament in two years.

The 2020 state tournament was not held when the SSAC canceled all spring sports in West Virginia due to COVID-19.

Both Man and Logan have played their state tournament foe.

The Billies lost twice to Charleston Catholic this season, falling 14-8 on May 7 at home and then taking a 6-5 loss in eight innings on May 17 on the road.

Logan swept Herbert Hoover this season, winning 6-2 at home on May 18 and later getting an 8-6 decision over the Huskies at Falling Rock on May 27.

“They have big kids,” Gertz said of Hoover. “They are not as athletic as we are but they are much bigger and much stronger than we are. They really swing the bats well. We will have to pitch extremely well and play good defense to stay with them. They are capable of scoring 8-10 runs a game. If they do it could be a long night for us.”

The Wildcats did not play top seed Independence this season as that game was canceled. The Patriots beat Bluefield. 14-13, to win its regional crown.

The Wildcats went 3-0 in their sectional with wins over Chapmanville (4-0), Scott (9-0) and Chapmanville (9-1) again and taking two out of three from Point Pleasant to win the Region 4 title. Logan rallied back in the series, winning 7-3 and 10-0 over the Big Blacks after falling 5-4 in the regional opener.

Logan’s bats have been pounding the ball all season but its pitching depth has been most notable. Eight Wildcats have taken up most of the load on Logan’s pitching staff but a total of 13 players have seen at least action on the mound.

“Our pitching is really shining right now,” Gertz said. “We have 16 kids on the team and 13 have pitched varsity ball. We’ve never had that. Dad has coached here 44-45 years and we’ve never had this in that time with this program. The good thing is that all but two of those pitchers return for next year. Our two seniors, Corey Miller and Tyler Fenwick have given us quite a few innings this year.”

Joey Canterbury has a 3-0 mark this season, including a perfect game against Mingo Central. He has a 1.11 ERA with 21 strikeouts and eight walks in 12 2/3 innings of work.

Bostic, Logan’s lead off center fielder, led the Cats this season with a .444 batting average. He has one home run, 20 RBIs, four doubles, two triples and 36 total hits.

Fenwick goes into the state tourney with a .352 average, 15 RBIs, one triple and 25 total hits.

The Billies are on a tear, taking an 11-game winning streak into the state tourney.

Jace Adkins also has a .296 average, 21 RBIs and five doubles and Brady Hall-Montgomery is hitting .224 with 15 runs batted in and three doubles.

Man coach Mike Crosby said getting Cozart and Blevins back after basketball season was over gave his team a boost.

“We were playing .500 ball and they were the missing pieces,” Crosby said. “We won 11 in a row and have lost only two games since.”

Man will have a tough challenge with the Irish.

“The first time we played Catholic we didn’t have Ryan or Caleb,” Crosby said. “They second time we had them back for a game or two and took them to extra innings. That was a really fun game. That’s when I realized by team had a ton a life in them because we were down 5-1 in that one. We rallied back, tied it up and got it to extra innings. Man, we were fired up. We felt pretty good about that game because the boys didn’t quit.”

Crosby said the Billies have come together.

“Everyone likes each other,” he said. “I knew that we we had talent but it was going to come down to if we like each other and jell. This team has a lot of ‘we’ guys. Just thinking about the state tournament is giving us chills.”

Charleston Catholic secured its regional title with a 15-5 win over James Monroe. The Irish opened regional play with a 11-1 win over the Mavericks.

Thomas Rennie had three hits and three RBI for the Irish and Gage Tawney also drove in three runs in the regional final victory over the Mavericks.

Jacob Hufford leads the Catholic pitching staff. He sported an 11-1 record this season with a 2.23 ERA and 72 Ks in a 69-inning worksheet. The senior and leadoff batter hit .381 with 12 doubles and 26 of 26 in stolen base attempts.

The Huskies, which have made it to state for the first time in nine years, are led by Matthew Toops.