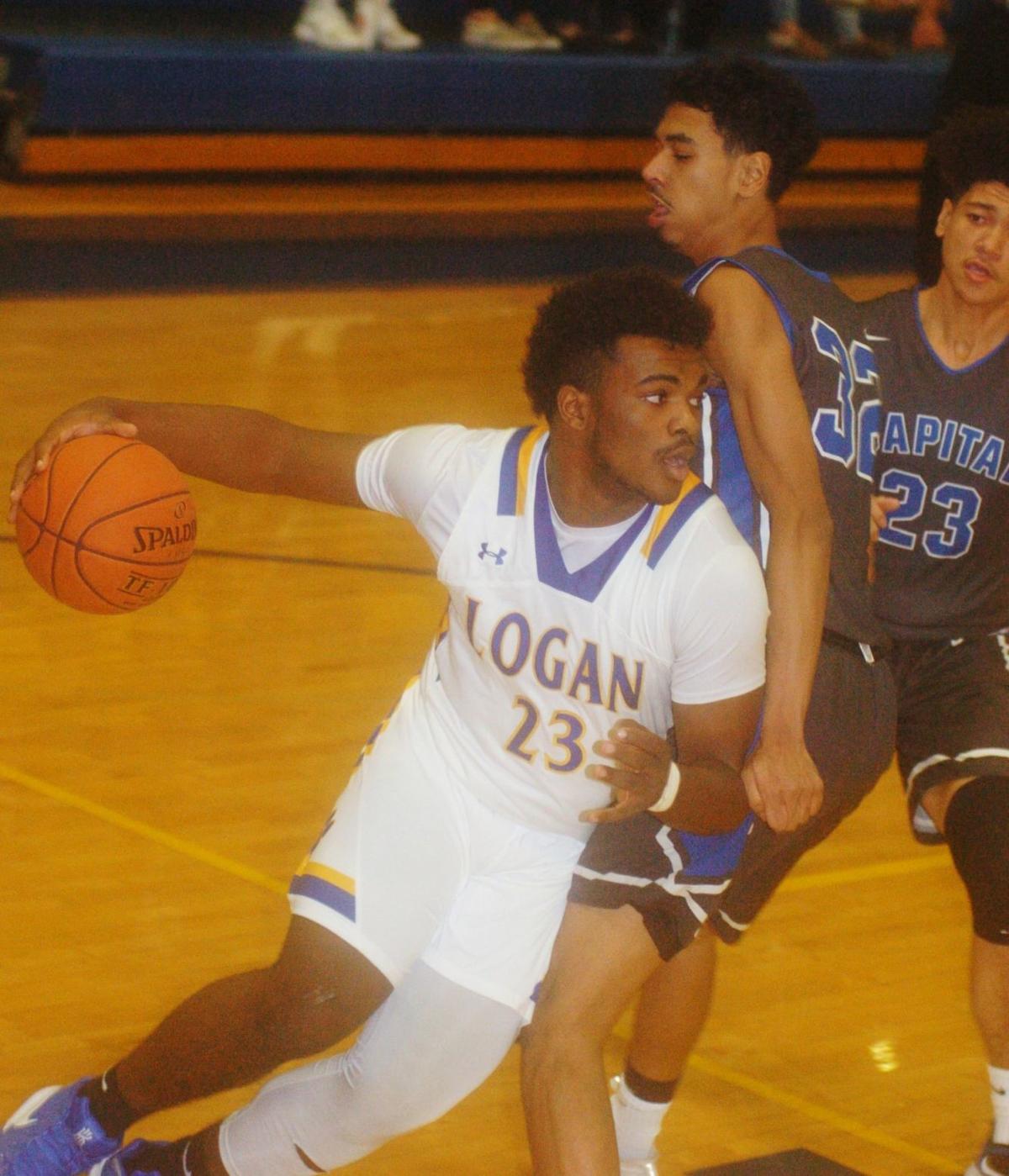 Logan High School's David Early drives into the lane in the Wildcats' 86-55 win over Capital on Wednesday, January 9, 2019 at Logan. 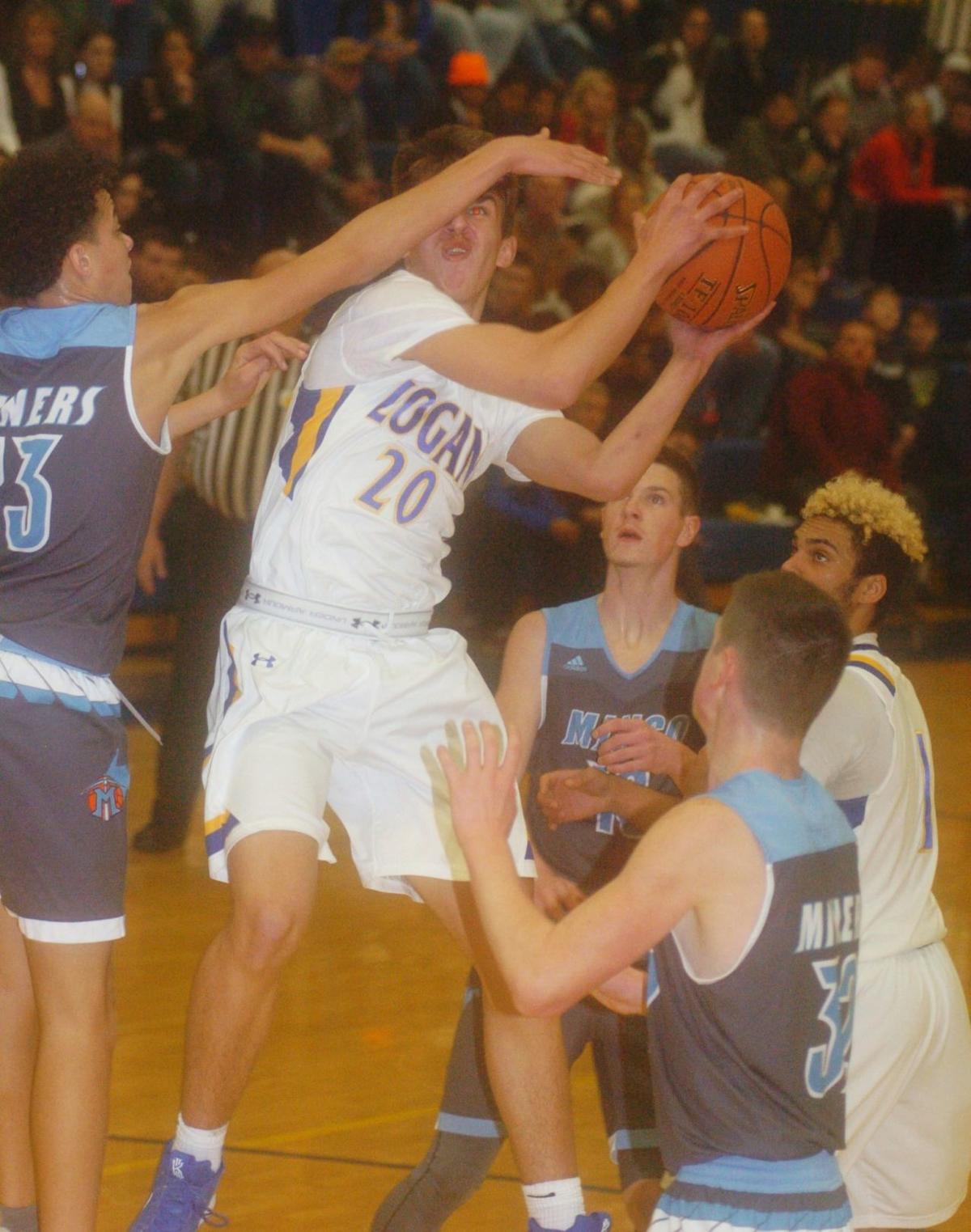 Logan High School's David Early drives into the lane in the Wildcats' 86-55 win over Capital on Wednesday, January 9, 2019 at Logan.

LOGAN — Out with the old and in with the new.

That’s the modus operandi for the Logan High School boys’ basketball team as it rolls into the 2019-20 roundball season.

There will be plenty of new faces and plenty are gone from last year’s team but the Wildcats are hoping to be a surprise this season.

Logan is coming off last year’s successful 20-5 season in which the Wildcats lost 68-55 to eventual state champion Chapmanville in the Class AA Region 4 Section 2 championship game. The season, however, ended in disappointment as the Cats were upended 61-55 on the road at Poca in one of the two regional co-finals.

The Wildcats are young this season but have the talent.

But several questions loom large as Logan heads into its Dec. 10 season opener at Herbert Hoover.

The biggest question mark of all is the status of David Early.

Early, a senior, had transferred to Beckley Prep during the off-season but returned to Logan in the fall having played 10 games for the Swarm.

Early was seeking eligibility by the WVSSAC to finish out his prep career at Logan.

“Obviously, he was a First-Team All-State guy,” Logan coach Zach Green said. “He scored 27 points a game last year. He’s a Logan kid, so having a kid like that back in your program and the things that he can do for you on the floor would be really good for us going forward. We’re just going to play it by ear and hopefully we can get everything handled. David has been pretty humble through all of this and he understands that his eligibility is in the hands of the SSAC. We’re just going to try to do the things that we can to get him eligible.”

Logan had prepared during the preseason as if Early wasn’t returning, but still, the Wildcats have a lot of work to do. Early scored more than 30 points in eight games last season and averaged 26.2 points, 7.8 rebounds, 4.0 assists and 1.5 steals per game.

“Even before we knew David was trying to come back and before he enrolled at Logan we thought that we were going to surprise some people,” Green said. “Making it to the state tournament is always our goal but our focus this year has been coming in and getting better every single day and not looking ahead to the sectionals, regionals and state tournament. We are simply coming in every day and getting better. Our guys have done a really good job of doing that so far.”

Logan was hit hard by graduation and other departures.

The Hatfield brothers are also gone, having gone back home to Mingo Central. Both transferred to Logan last season.

Both played big roles in the Wildcats’ success last season. Drew Hatfield (14.5 points, 10.5 assists, 4.0 rebounds, 3.6 steals) was a starter and one of the team’s top scorers. Devin Hatfield, a reserve, saw his role continuing to grow as the season progressed.

“We’re really young,” Green said. “But in that youth there’s a lot of talent. There’s a lot of guys willing to do what it takes to win games. We have core group of guys who have worked throughout the preseason, in the weight room and have really worked on their games. We’ve gotten at lot better.”

“We have Mitchell Hainer and Noah Cook back,” Green said. “They’ve started a bunch of games for us. Both have played in big games and have started in big games. Mitchell and Noah have both been really good leaders for us throughout the fall. Mitchell has really excelled as a leader and we hope that he continues to do so. Mitchell has grown to about 6-5 and he’s going to play some inside for us.”

Hainer and Cook are the two most experienced Logan players.

“Those are the only two guys other than David that have really been in varsity games in any meaningful minutes,” Green said. “I think that experience and going through some growing pains early in the season may happen but we have a group of kids that is very intelligent and know how to play the game. We think that we are going to continue to grow throughout the season.”

Sophomore Cameron Hensley, who stands 6-2, will also be counted on in the paint.

“He had a really good JV season last year,” Green said. “He’s grown some and is about 6-2 right now. He runs the floor, passes and rebounds the ball really well. He’s made some really good strides.”

Logan is a small team has Hainer is the tallest Wildcat.

The Cats have no true center and is a guard-oriented squad.

“Hainer and Hensley are our biggest players other than David. That’s it,” Green said. “We’re going to be drastically different this year than we were last year. We sort of grinded people out last year. This year, we are really going to spread it out and space the floor and try to get people to come out and guard us. We have a bunch of guys that can put the ball in the basket.”

With a small team, the Cats may run and gun more.

“We don’t have a traditional big guy, which probably fits my style of coaching better, having a team full of guards who can space the floor,” Green said. “These guys are smart and are patient. It’s going to be different but I think throughout the season we can win games without having that big post player. We’re going to be a lot different but not in a bad way. With the guys that we have and if David is eligible we think that we can be as good as we were last year offensively. We just have got a lot of work to do defensively.”

Several other Wildcats will have to step up this season with such a youthful squad.

One of those is sophomore guard Trey Brown.

“He has been one of our better players throughout the summer and into the fall,” Green said.

Sophomore guard Jarron Glick has grown and should be a valuable asset to the Wildcats this season.

“He’s grown four or five inches and has really come into his own,” Green said.

“We have a lot guys that a whole lot of people might not know about. But they have worked hard and I think that we’re going to surprise some people this year,” Green said.

The Wildcats play their first 10 games on the road including a Dec. 19-21 trip to Gatlinburg, Tennessee, where Logan is slated to play in the Smoky Mountain Shootout.

Logan’s home opener at Willie Akers Arena is not until Jan. 14 vs. county rival and two-time defending state champion Chapmanville.

“We had a couple of home games there but we got into the tournament in Tennessee so we had to move those home games,” Green said. “But then I realized that we had 10 straight games on the road but it was too late. It’s a challenge and it’s going to be different. But a bunch of those games are neutral games. They will not all be on someone’s home floor. The good news is that come January and February we’re going to have a bunch of home games all in a row and we won’t have to travel a lot. So we are accepting this challenge and going with it.”

“One thing that I always like to do is to play at tough schedule,” Green said. “I want to challenge my guys and that lets our guys know where we stand.”

One other highlight to Logan’s schedule is the annual King Coal Classic, set for Jan. 31-Feb. 1 at Logan’s Willie Akers Arena.

The opening game on Jan. 31 has Tug Valley playing Parkersburg Catholic. Logan then faces Wesley Christian, Ky., in the nightcap. The Cats were originally slated to face Huntington St. Joe but the Bluegrass State prep team has been tabbed as the replacement team for the Irish.

“That’s going to be a really tough game for us,” Green said. “They are really good.”

Then on Feb. 1, George Washington takes on Wesley Christian in the first game and Logan squares off with Parkersburg Catholic in the closer.

“It’s a good little schedule. We don’t have as many teams as we normally have,” Green said. “But we think that it’s going to be really good games that we have. We are trying to get a middle school game for the early game on Saturday but that hasn’t been set yet.”

In addition, Logan is set to play in the Battle of the Armory at Beckley, Dec. 27-28. The Wildcats open against the host Beckley Woodrow Wilson Flying Eagles.

This is the final year of the current realignment and the sectional format.

The Man Hillbillies, however, will be returning to the Class A ranks in the 2020-21 season.