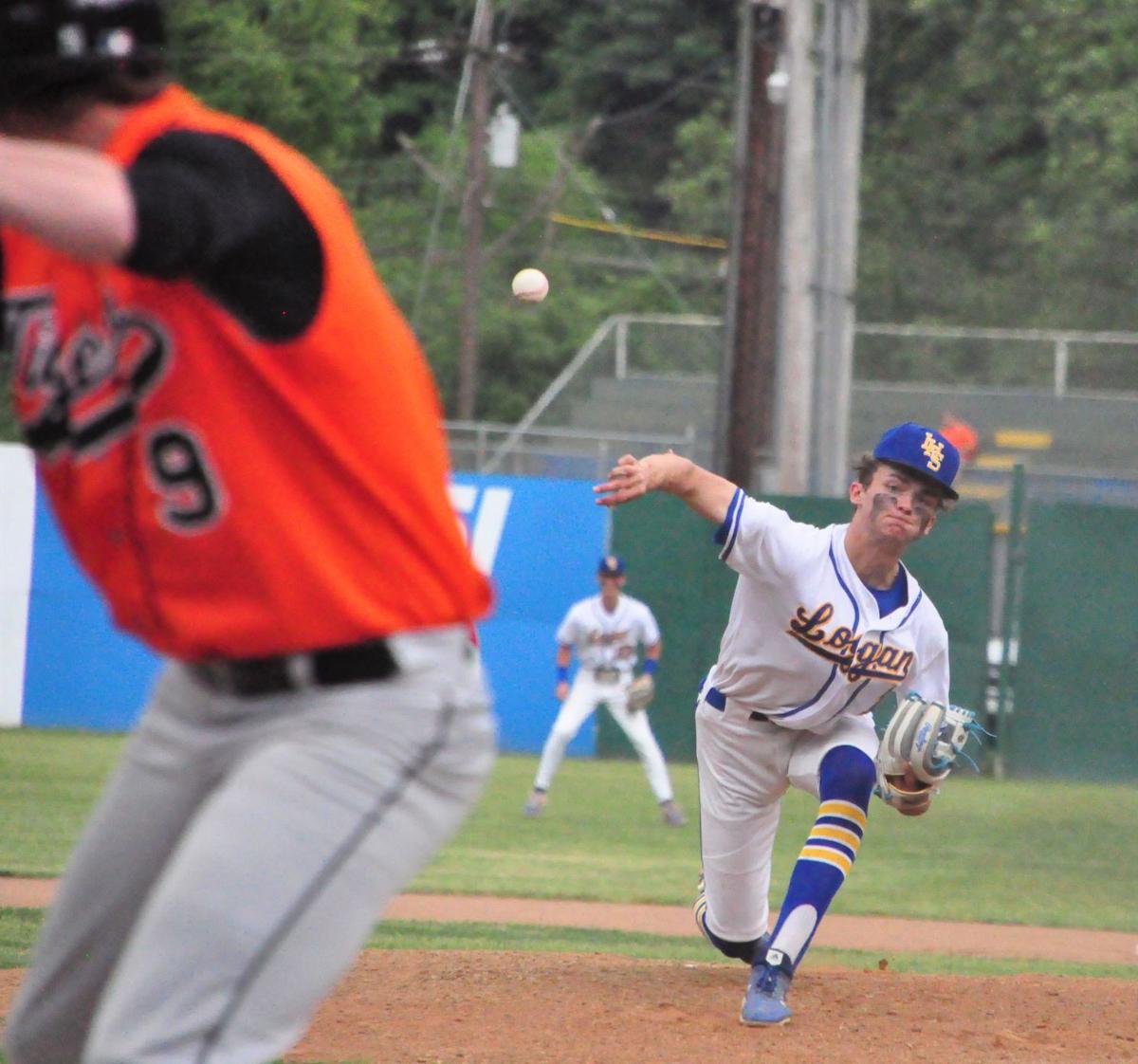 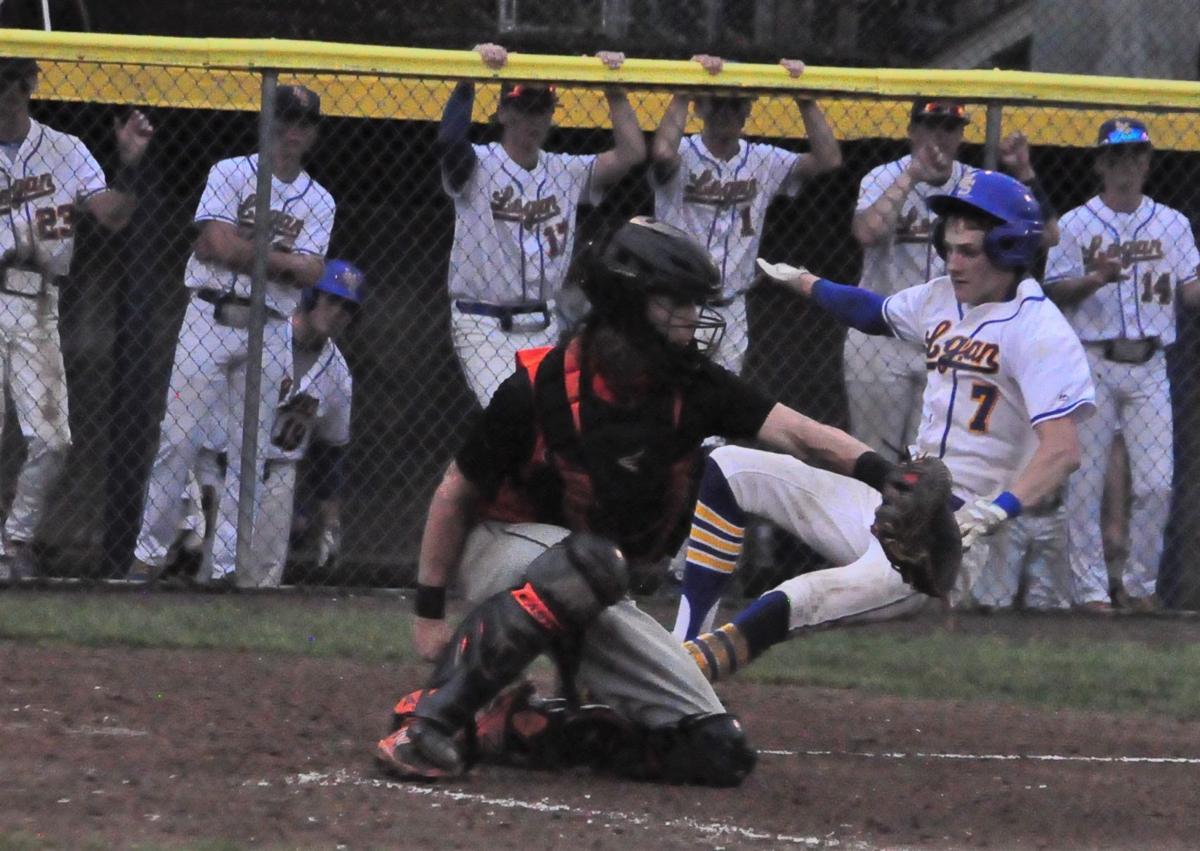 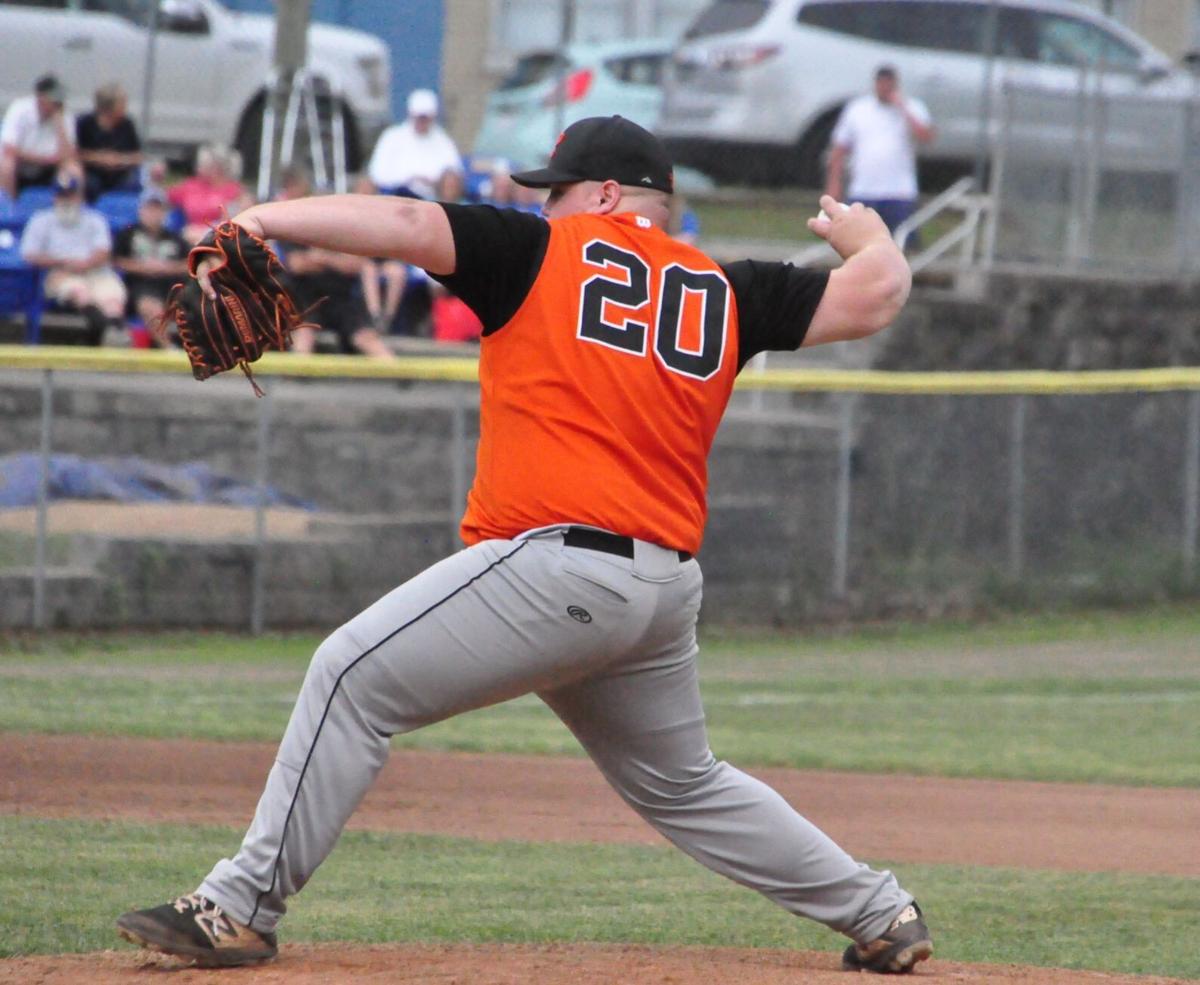 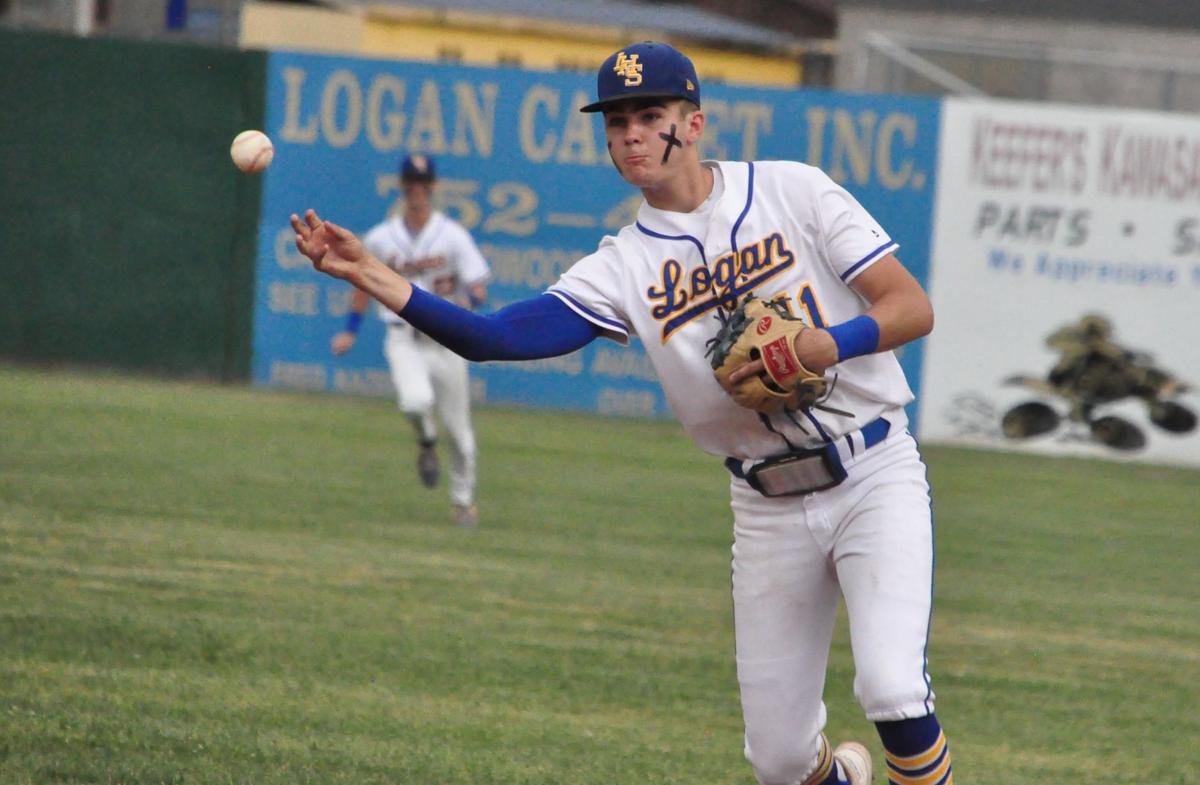 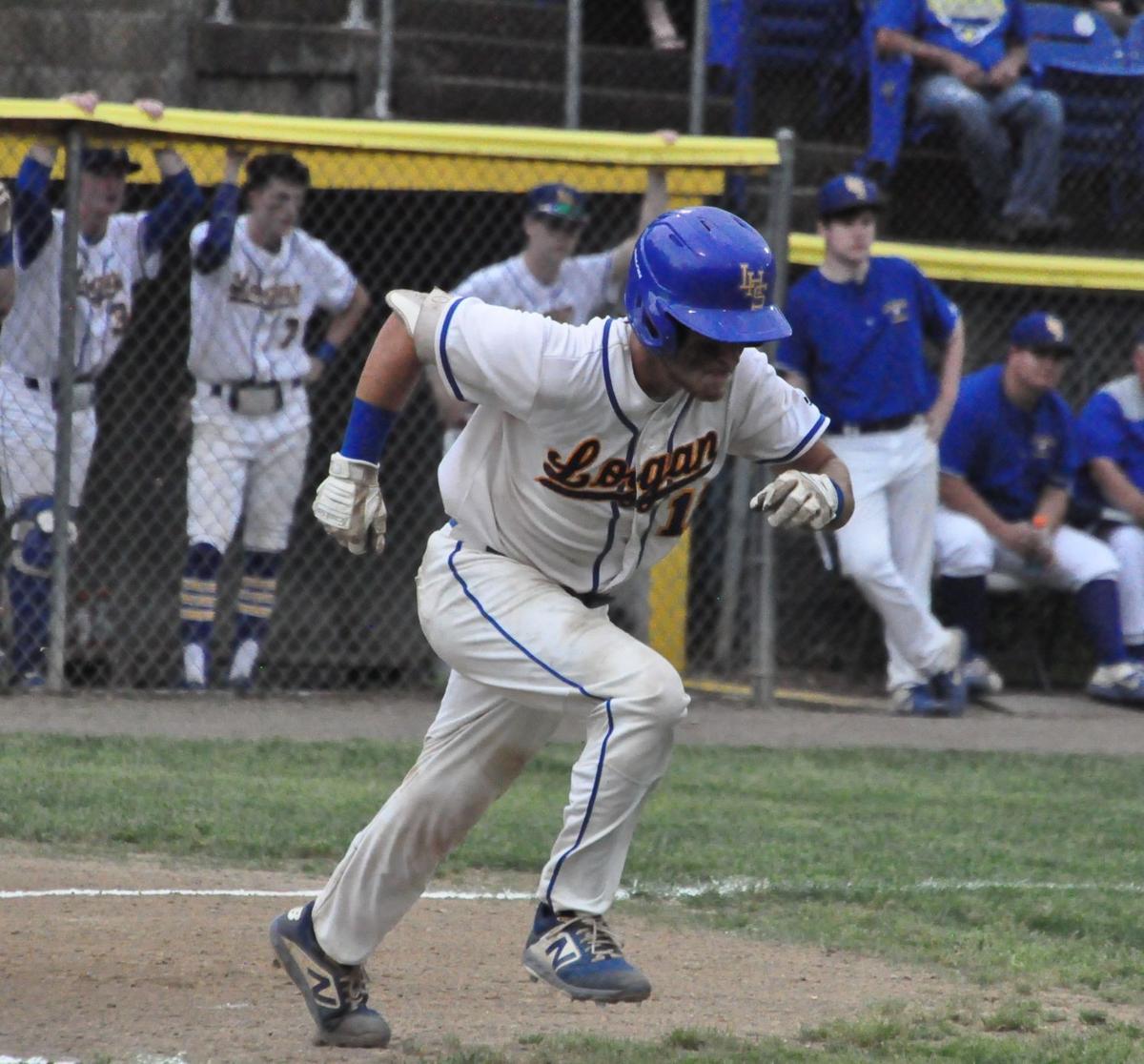 Logan’s Jake Ramey legs it out to first base in the Wildcats’ 9-1 win over Chapmanville in the Class AA Region 4 Section 2 Tournament championship game at Logan on Monday, June 7, 2021. 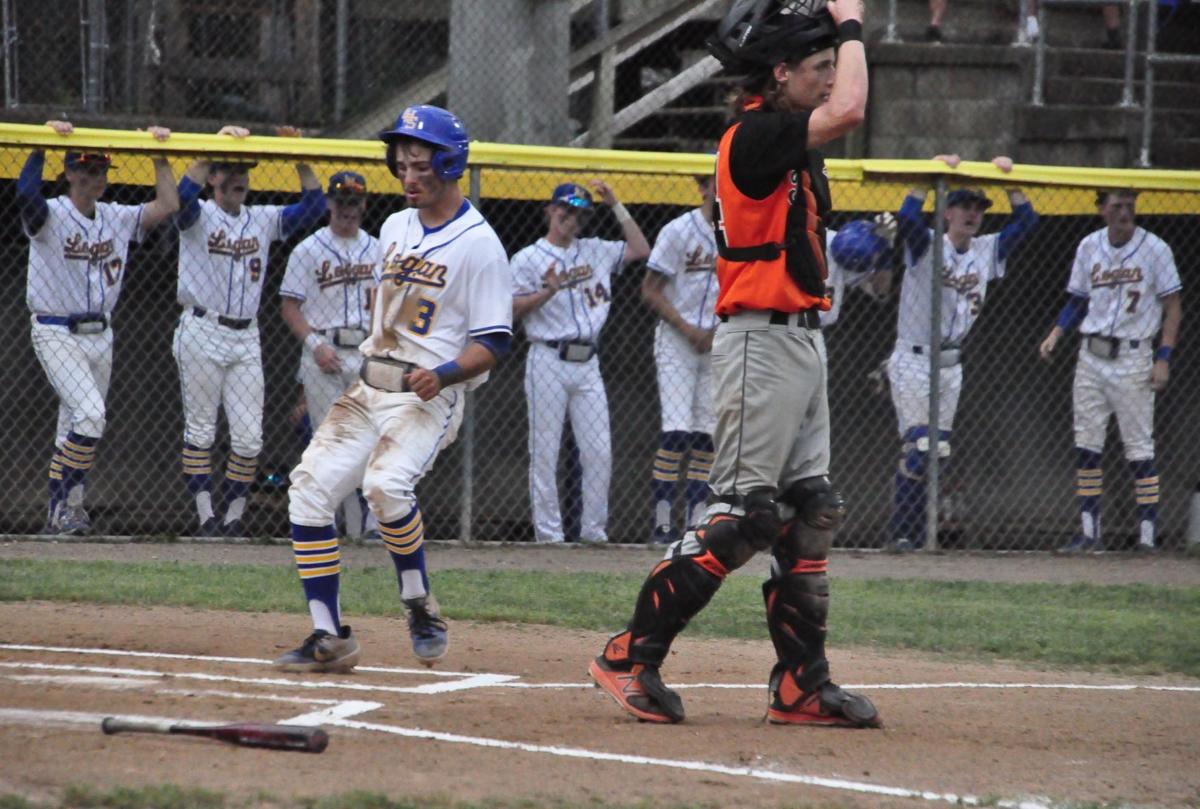 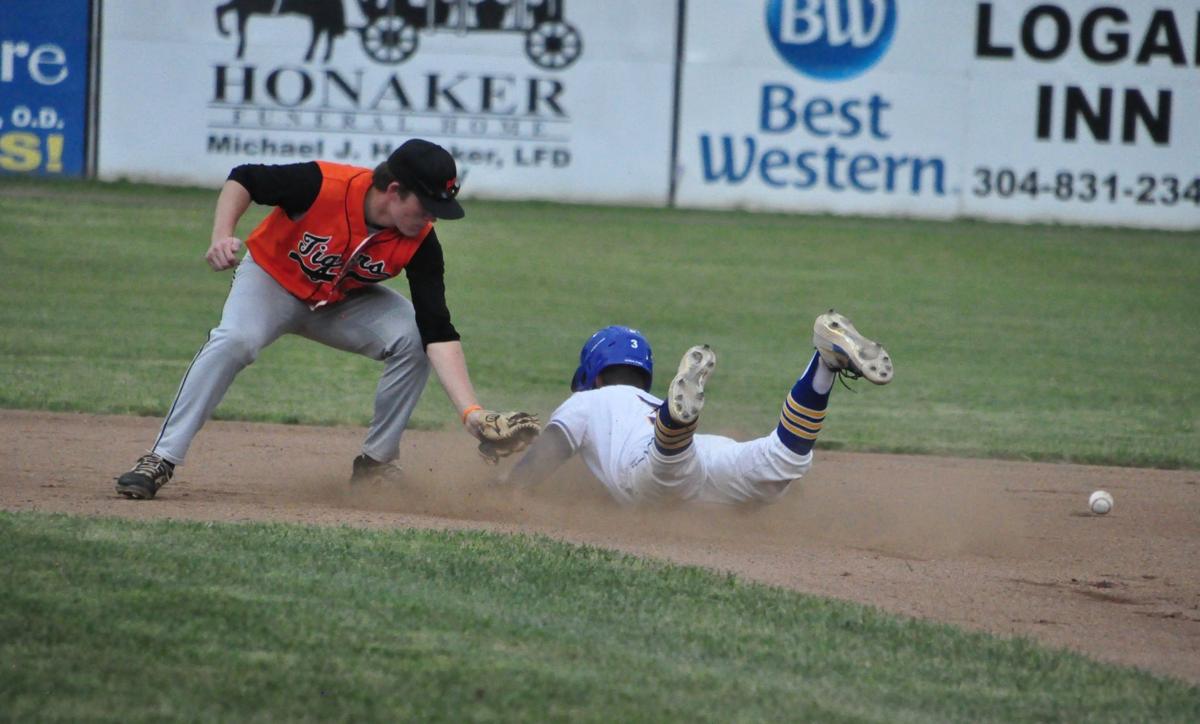 Logan High School’s Korbin Bostic slides in safely at second on a stolen base in the Wildcats’ 9-1 win over Chapmanville in the Class AA Region 4 Section 2 Tournament championship game at Logan on Monday, June 7, 2021.Miliniustis. Ide es

Logan’s Jake Ramey legs it out to first base in the Wildcats’ 9-1 win over Chapmanville in the Class AA Region 4 Section 2 Tournament championship game at Logan on Monday, June 7, 2021.

Logan High School’s Korbin Bostic slides in safely at second on a stolen base in the Wildcats’ 9-1 win over Chapmanville in the Class AA Region 4 Section 2 Tournament championship game at Logan on Monday, June 7, 2021.Miliniustis. Ide es

LOGAN — There was no gray area here.

The Logan High School baseball team proved it was the best team in the sectional tourney as the Wildcats claimed its first section championship in three years with Monday night’s 9-1 win over county rival Chapmanville in the Class AA Region 4 Section 2 final at a rainy Roger Gertz Field in Logan.

Logan, ranked No. 4 in the state in Class AA, improved to 21-5 overall on the season and advanced to next week’s regional tournament. The Wildcats, which beat Chapmanville 4-0 earlier in the sectional tourney, and also Scott (9-0), went 3-0 in section play, outscoring its opponents 22-1.

It was a show of dominance.

The Wildcats are peaking at the right time.

“We’re playing extremely well,” Logan coach Kevin Gertz said. “We gave up one run in the entire tournament and it was an unearned run. We started off the season 5-4 so we’ve won 16 out of our last 17 games. The pitching has been great and we had some Grade A at-bats tonight and swung it extremely well.”

Chapmanville, enduring its first losing season since the early 1960s its believed, finished with a 12-20 overall record and 3-2 mark in the sectionals. The Tigers lost to Logan four times this season.

Logan moves on to next week’s best-of-three Region 4 tournament where the Wildcats are set to square off with the winner of the sectional between Sissonville/Point Pleasant beginning on Monday.

The Wildcats are looking for their first state tournament berth since 2009.

Logan right-hander Jarron Glick notched the win on the mound on Monday against the Tigers as the starter went four innings and allowed no runs on three hits with six strikeouts and four walks. Chad Burnette came on in relief in the fifth inning and his brother Jared Burnette finished off the game in the seventh, allowing an unearned run.

“Glick threw the daylights out of it,” Gertz said. “It’s tough to throw in these conditions.”

Evan Plumley was the starting and losing pitcher for Chapmanville. Plumley, pitching on only two day’s rest, lasted 1 1/3 innings and allowed six runs on five hits with two strikeouts and one walk. Andrew Farley and Will Kirkendoll came on in relief.

“We jumped on Evan early. He had only two day’s rest and that’s very hard to pitch 75 pitches on just two day’s rest,” Gertz said. “He gutted it out.”

Carson Kirk had a double for the Wildcats. Aiden Slack and Ryan Roberts both singled.

Plumley drove in Chapmanville’s only run in the top of the seventh on a fielder’s choice play with the bases loaded.

Logan plated three runs in the bottom of the first inning.

Back-to-back RBI singles to center by Ramey and Williamson put Logan on top 2-0.

Then with runners on the corners, Logan orchestrated a double steal and Williamson stole home to make it 3-0.

Three more runs in the second put the Wildcats on top 6-0.

Bostic had an RBI triple as Logan led 4-0. Ramey later laced a two-run single to center.

In the third, Logan upped its lead to 7-0 as Kirk reached base safely on a fielder’s choice and later scored on a Chapmanville error.

Logan’s two-spot in the fifth gave the Wildcats a 9-0 lead. Dawson Maynard’s sacrifice fly to center pushed the lead to 8-0. Kirk doubled and later scored on another forced steal with the runners at the corners.

The game was played in a steady light rain in the middle innings.

Chapmanville, coached by Josh Rakes, came on late in the season, winning five out of its last seven games. The Tigers fielded an extremely young team this season with many first-year freshmen and sophomore players.

“Josh did a very good job with his team,” Gertz said. “They struggled early and didn’t have two of their leaders and maybe their two best players. They turned it on in the tournament.”

It’s on to the regionals now for Logan.

The Region 4 tourney is set to run next Monday, Tuesday and Wednesday, if necessary and also weather permitting.

Logan lost to Sissonville, 7-2, early on in the season at home. The Cats did not play Point Pleasant. The Indians and Big Blacks were still battling it out in their sectional finals on Tuesday night.

“This was step one, winning the sectional and not its on to the next step,” Gertz said. “The first goal is always to have a winning season. The second goal is to win your section. Now, it’s prepare for your regional.”

Logan is slated to play two, maybe three, tune-up games this week before the start of the regional tourney.