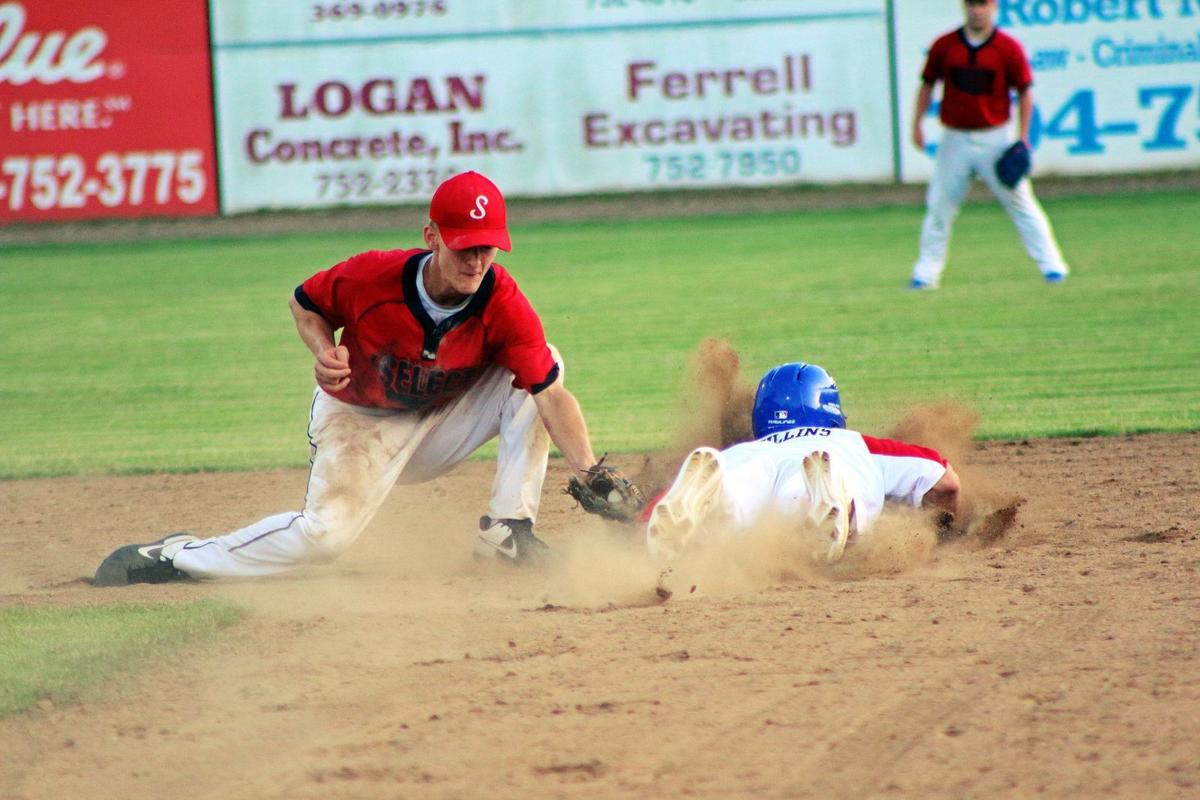 The Flames' TJ Mullins (Logan) slides past the tag being made by Select shortstop Brayden McAllister in Monday's game at Logan. 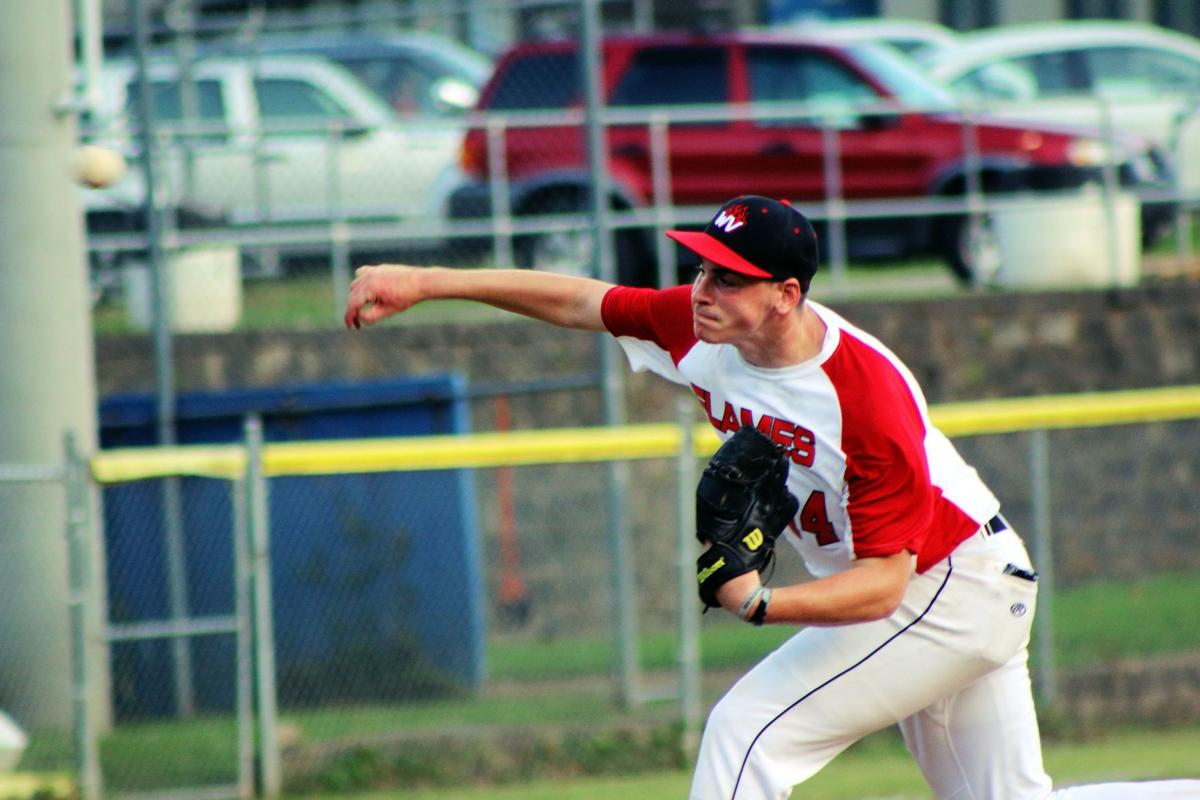 The Flames' TJ Mullins (Logan) slides past the tag being made by Select shortstop Brayden McAllister in Monday's game at Logan.

LOGAN – The WV Flames made a hot season debut in game 1 of a double header Monday evening at Logan's Roger E. Gertz Field. The action on the field was as hot as the temperature.

The Flames were dealing with adversity, as their planned Game 1 starter, Logan's Connor McGrew, hurt his arm during warmups.  Dawson Beckett made the start in his place.

After trailing 11-5, the Flames rallied to within one run, falling by an 11-10 score to the Select 2020, after TJ Mullins was caught in a rundown between 3rd and home for the final out of the 6-inning contest.

Players from the Logan County region make up the bulk of the Flames roster, including seniors who were not able to enjoy their final high school season due to the COVID-19 outbreak.